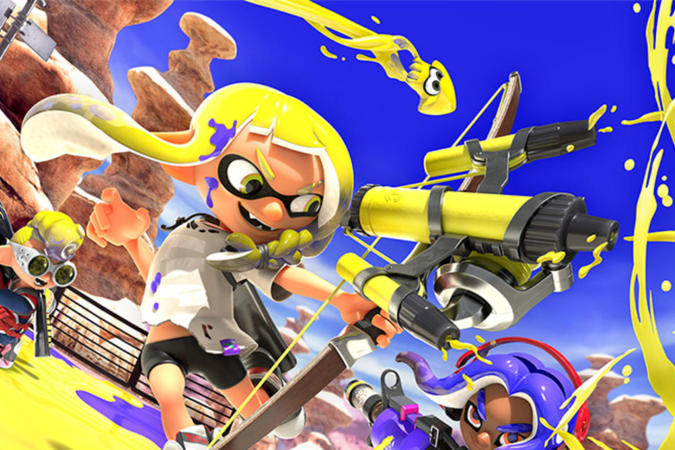 Splatoon 3 is Nintendo’s most recent entry in one of their newest and most popular mainline titles. Officially released on September 8, 2022, it has since overall positive reviews; earning a 7/10 from GameSpot, an 83% from Metacritic, and a 9/10 from IGN. It has been heavily anticipated since its announcement in a Nintendo Direct on February 17, 2021. While I was a bit late to the party, receiving the game about a month after release, I will do my best to give an honest review of this game.


This will be a spoiler-free review, so for those of you that have yet to pick up the game, you may continue reading. This will also be more about the overall game rather than the story mode or online mode alone.


The part of the game players will spend the most time on is the online mode. Right off the bat, you have access to Turf War. As per usual for Splatoon, this is the primary game mode for the game. Here your objective is to use your various weapons to cover as much turf as you can with your team’s ink while fighting back against the enemy team’s effort to ink the ground as well. This is pretty much the only online mode you’ll be playing right until you unlock ranked mode at level 10. Ranked gives you access to different game modes and a more competitive play style. Although if you have save data from Splatoon 2, you unlock ranked mode right upon opening the game for the first time. I encourage the readers to discover and learn about these modes on their own, as they were some of the most fun for me.


Splatoon 3 has a brand new story mode once more. This time around I feel they did a much better job than they did in Splatoon 2. Splatoon 2’s story mode simply felt like a “Splatoon 1.5” as a lot of fans called it. Splatoon 3’s story, however, is new and fresh. The story actually does something different, along with the level design varying from level to level. Many elements were also taken from Splatoon 2’s Octo Expansion DLC, which was widely praised. Overall, everything in the story mode is done amazingly. It keeps things familiar for old players, while also adding new and fun elements for everyone to enjoy. From the quirky characters to the fun challenges presented in each level to the STELLAR music in this game, it’s a fun time for pretty much anyone. My personal favorite moment was during the climax of the final boss battle when the 3rd remix of the classic “Calamari Inkantation” began to play. The story mode known as “Alterna” is a great improvement and a step forward for Splatoon Single Player as a whole. Nintendo has also promised some DLC to be released for the game in the near future so be on the lookout for that!


One of the biggest issues upon the release of Splatoon 3 was its connectivity problems. Oftentimes, players would experience a communication error during an online battle. This would cancel the game and no player involved would get any credit for the game. While Nintendo has released patches since the game’s release, many players report that the communication errors and random disconnects are still prevalent. This can ruin the game for many players and make them not want to play online mode at all, which is the main draw of the game. This has a large risk of completely killing the game very early on. Nintendo was quick to take action about these issues and while it does seem to happen less, it is still too much. Many players are in high hopes that Nintendo will soon do something about the common communication errors, as it just blatantly ruins the gaming experience.

Finishing off, Splatoon 3 is an extremely fun experience for old and new players of the series. It introduces new and fresh ideas, while also building upon existing elements of the series. The game also looks spectacular. This just goes to show the advancements and talents of the graphical team at Nintendo. Being that Splat 2 and Splat 3 are on the same console, it’s amazing to see such a graphical upheaval. The game is very fun to play, whether single or multiplayer.

While some connection problems mess up the game for a lot of players, the game is still a fun experience for anyone who plays. I would give this game an overall 9/10.

D’Angelo is a senior at Freedom High School who is only fueled by the exaggerated swagger of a black teen. They founded Ballin Incorporated and is the current president of Freedom’s Art Club.